An annulment means declaring your marriage as void or null. Unlike divorce where both the partners seek to end their marriage, annulment simply declines the existence of any such marriage between the partners.

But there is much more to it than it looks. It is not like a married couple who now no longer wish to live together can claim their marriage to be void.

To understand the conditions to be met for a void marriage, you first need to understand annulment, its laws, and how they are different from a divorce. Annulment is just a declaration of a void marriage. And a void or empty marriage results in annulment.

Annulment meaning is rejecting the existence of a marriage or nullifying it. Marriage can be declared null when it has not met legal requirements at the time of marriage. Annulment of marriage means declaring a marriage that was valid till that date but now is a void marriage. It refers to declaring a voidable marriage as void. You may feel a bit confused with these two words, void and a voidable marriage.
Void marriage doesn’t need any evidence or petition to declare a marriage null. It already is an empty marriage or has not ever existed after the time of its commencement.
But in the case of Voidable marriage, either of the partners seeks the court judgment on the annulment of their marriage. To have a bit better clarity, we can understand it from the legal perspective also.

A clear difference between a void and voidable marriage is explained under Section 5 of the Hindu Marriage Act, 1955. It basically explains the conditions of a valid marriage which also led to the origin of the concept of void and a voidable marriage. There are a total 5 clauses in that section where clause:

Now that you are aware of all 5 clauses, it will be easy to grasp the concept of void and a voidable marriage. Void marriage under Hindu Law is those that violate Clause (i), (iv), (v) of Section 5. And Voidable Marriage is those that violate (ii) of the same. We hope that would have cleared the confusion.

Now if you want to seek nullity of your marriage, then it must fall under the grounds of a voidable marriage.

There are different grounds under which one can seek nullity of marriage in the court. Those grounds are:

Which laws govern Annulment in India?

In a single line, the Indian Divorce Act and Hindu Marriage Act have laws related to annulment in India.

How to get an annulment in India?

There are grounds only under which a marriage can be nullified in cases of a voidable marriage. However, we are not going to say the process is quick and easy. But with the best legal consultancy at Litem, you definitely have an upper hand in all these matters. The process of reaching us out is even more simple:

Fill the form or
Call us at 9289044667
Provide us with details and
documentation related to the case.
Get Connected with one of the
best lawyers in this field.

How is Marriage Annulment different from Divorce?

So now when we are clear with void and voidable marriage, it is a good time to understand the difference between an annulment and divorce. 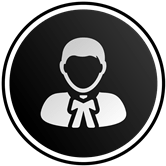 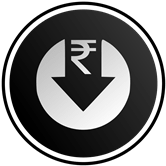 How is annulment different from divorce?

Divorce simply seeks the end of the marriage whereas annulment of marriage declines the existence of any such marriage.

Is annulment better than divorce?

As such, the answer to these questions varies according to the situation. If your marriage doesn’t stand valid under Section 5 of the Hindu Marriage Act, 1956 then annulment is better for you than divorce.

Do both parties have to agree to an annulment?

How long does a nullity of marriage take?

There is no fixed way to put a timeline on this process. If you are going in the right direction with every document related to your case, then also you can expect 6-8 months for the decision for nullity of your marriage.